10 Foods to Boost Your Brainpower 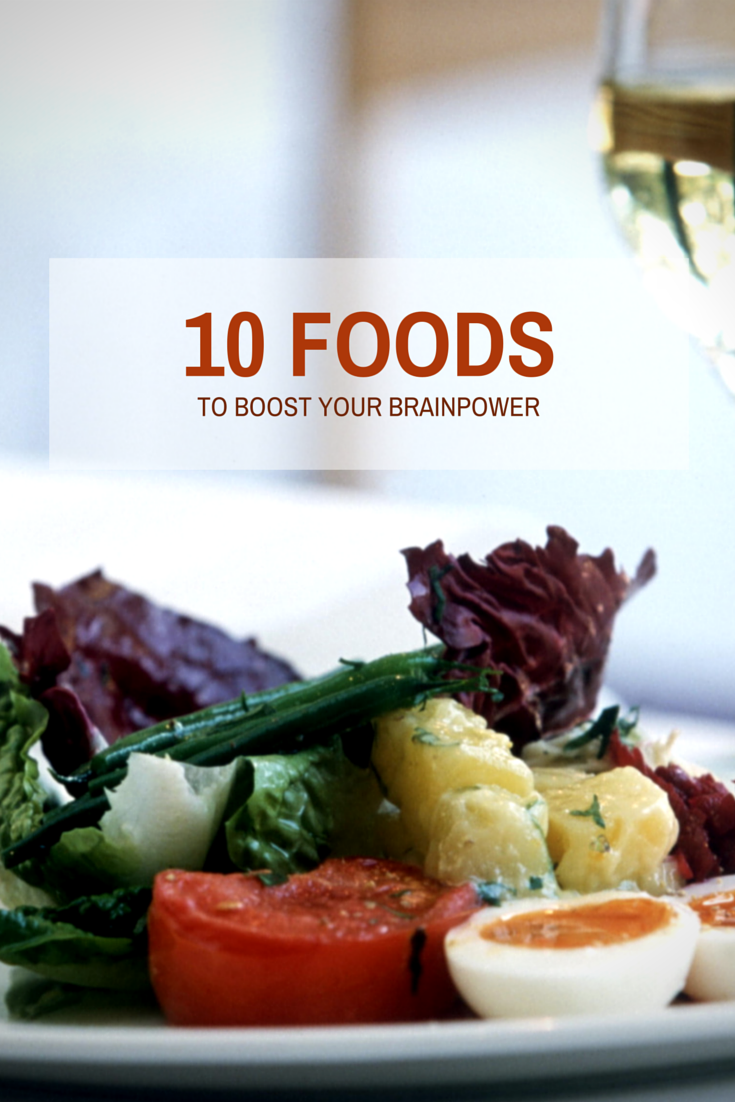 Remaining sharp and focused while juggling the myriad responsibilities of your student life is no easy task. Increase your odds for success by properly fueling your most important asset – your brain – with a well-rounded diet that acknowledges that your grey matter matters. Choose the following 10 foods to keep your brain cells healthy, prevent brain-damaging inflammation, and increase your memory and ability to learn.

Beets
This root vegetable contains natural nitrates that increase blood flow to the brain, boosting your brainpower and mental performance.

Blueberries
Blueberries are filled with antioxidants, which are a type of substance that can prevent or delay cell damage. You can buy blueberries everywhere, so go ahead and grab some for your pack. Add them to your oatmeal or yogurt, or just snack on them between classes. Research suggests they delay short-term memory loss, which might be great for you when you’re in test-taking mode.

Chocolate
It’s almost too good to be true, but dark chocolate contains a type of antioxidant called flavonoids, which researchers say mitigate damage done by cell-damaging free radicals. Be sure to buy dark chocolate that’s at least 70% cocoa to reap the full effect.

Curry
One of the easiest ways to add a little brainpower to your day is to make friends with curry. If you’re already a fan of your local Thai or Indian restaurant, you’re well-familiar with this spice. If not, this spice’s active ingredient – curcumin – helps clear away proteins in the brain called amyloid plaques and can calm inflammation of brain and nerve cells. Curcumin has also been shown to boost memory and stimulate neurogenesis, which means that it creates new brain cells.

Fatty fish
Fill your plate with albacore tuna, salmon, trout and mackerel to get your body’s requirement for omega-3 fatty acids, which cannot be made by the body but occur naturally in oily fish. Omega-3 fatty acids are powerful nutrients that are essential for a healthy mind, aiding your brain in transmitting signals between brain cells.

Garbanzo beans (chickpeas)
Keep that blood flowing to your brain by eating more chickpeas, which are also known as garbanzo beans. Still don’t know what we’re talking about? Order the hummus! Garbanzo beans area great source of magnesium, which helps brain cell receptors speed the transmission of messages to the brain while also relaxing blood vessels.

Leafy green and cruciferous veggies
Eat your veggies! It’s just as true now as when your parents chanted this mantra at your childhood dinner table. Broccoli, cauliflower, cabbage, kale, bok choy, brussels sprouts and others are filled with antioxidants like vitamin C and other brain protectors called carotenoids. Broccoli, for example, is a great source of vitamin K, which is known to enhance cognitive function and improve brainpower.

Walnuts
Walnuts have been shown to reverse brain aging in older rats. Whether that even translates to humans is anyone’s bet, but if you aren’t willing to go with the odds, rely on the science: Walnuts are sources of omega-3 fats, phytosterols and antioxidants – all good stuff for boosting your brainpower.

Whole grains
Pick steel-cut oatmeal, oat bran, brown pasta and brown rice instead of refined carbs like white bread and sugary foods. You’ll stabilize your glucose (sugar) levels, preventing the spiking and subsequent plummeting of your energy stores. Glucose fuels your brain with energy, and if you’re crashing, you’ll be tired and won’t be able to concentrate. Whole grains release glucose slowly into the bloodstream so you can keep your energy up and stay alert all day.