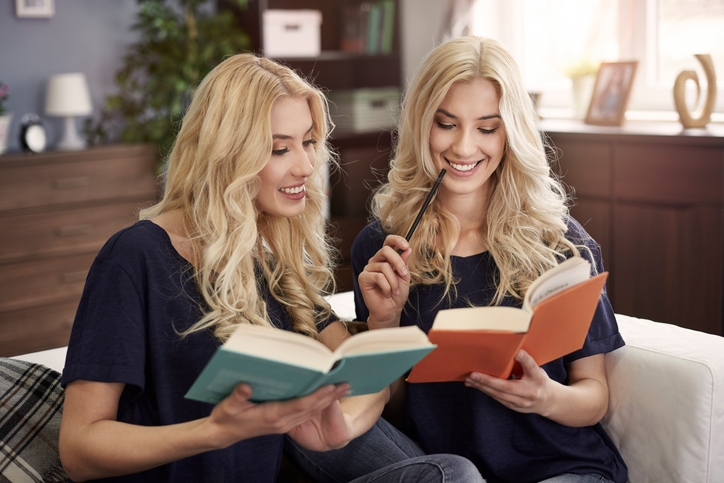 From Mary-Kate and Ashley Olsen to Tia and Tamera Mowry to Scarlett and Hunter Johansson - twins are fascinating to study. From the language many twins develop as babies to the seemingly telepathic connection they share as adults, there's something unique about twins that is innately fascinating. This fascination we have with twins can lead to a number of myths and misconceptions. Here are some of the more common myths and the realities surrounding them.

The Telepathic Connection Between Twins
If you spend any time at all studying twins, you will stumble across stories of an apparent telepathic or para-psychological connection between identical twins. Stories like a child having a bicycle accident and breaking her ankle, only to come home and find her twin had a swollen ankle with no actual injury, or a man feeling heart pain, finds out his twin brother has been shot in the heart miles away. There have even been tales of twins raised apart who married spouses with similar builds and even similar names.

While there's no denying the facts around these reports, there is also limits to what psychology can study. That said, researchers have found that twins are more attuned to each other’s thoughts and feelings, and will even respond to pain their sibling feels on a subconscious level. But do they have a genuine telepathic connection?

It is probably not accurate to say that twins have developed extra-sensory perception or can speak from mind to mind. However, it is true that twins are somehow connected to each other's thoughts and feelings, at least on a subconscious level.

Twins and Personality
Another interesting area to study when it comes to twins is the differences in personality between identical twins. This idea brings up a number of arguments about "nature" (genetics) versus "nurture" (environment).

So what's the fact? In study after study, twins have been found to have very similar personalities. A study from Edinburgh University on over 800 sets of twins found that identical twins were twice as likely to have shared personality traits as fraternal twins. However, the similarities, though always present, are sometimes less obvious when the twins are raised in different environments. This theory seems to point to a mixture of nature and nurture in the development of the human personality.

For example, if one twin is more naturally introverted, then the other twin is likely to share this tendency. However, if the twins were separated and raised by different people, one may be encouraged to try things that pull them out of the introverted tendencies, while the other may be allowed to grow and thrive as an introvert. As adults, while the introvert tendencies are still present, one of the twins may be more noticeably outgoing because of the effect of his or her environment.

Thus, the myth here is that personality is either nature or nurture. The fact, though, is that it is a combination of both. Twin studies show, without a doubt, that there is a genetic component to personality. But research has also proven that nurture is just as much of an influence on personality as genetics. This nature versus nurture scenario continues to fascinate those studying psychology.

Shared Genes Does Not Mean Shared Everything
Finally, one common myth about twins is the fact that because they share a genetic makeup, they share all traits and features. However, this is not an accurate assumption. In addition to personality differences, twins can have slight genetic differences, different personalities, and can even grow to a significantly different height or weight as the "nurture" part of life takes over. While the similarities far outweigh the differences, with everything from personality to appearance, it is still accurate to say that twins do not share all traits and features. Each twin is an individual with a unique bond to their womb mate.

Personality traits have been the topic of many psychologists as well as society, in general. As we have explored the facts and myths of twins, we have identified that twins have a unique bond with each other - but that both nature and nurture play a significant role in developing their individual personality traits. If you find the human spirit intriguing you might be the right fit for a psychology career. To explore if an online psychology program is well suited for your passions visit University of the Cumberlands or call us at 855-791-7201.