What Is PTSD And How To Thrive With It 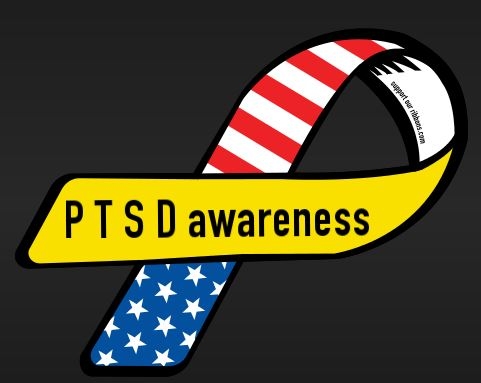 A devastating mental illness, post-traumatic stress disorder, strikes those who have lived through a variety of traumatic events, including military combat, car accidents, and natural disasters, among others. The condition is shockingly common; according to the United States Department of Veterans Affairs, approximately seven percent of the population will suffer PTSD at some point.

Debilitating symptoms can make everyday life with PTSD a real struggle, but with treatment and a clear commitment to recovery, it is possible to overcome these difficulties and lead a fulfilling life. First, however, it is important for both sufferers and their loved ones to understand why PTSD happens, how it manifests itself, and how it can best be overcome.

What Causes PTSD?
PTSD is a natural mental and emotional response to trauma sustained either very briefly (but violently) or over a longer duration. Although typically associated with military pursuits, PTSD can also be triggered by:

The condition is actually more common among women than men, with ten percent of females developing it at some point in their lives, compared to just four percent of males. Risk of PTSD following a traumatic event increases substantially for those with pre-existing mental health issues such as depression or anxiety. Those who lack a solid support system are also more likely to suffer PTSD.

Common PTSD Symptoms
Symptoms vary somewhat from one PTSD sufferer to the next, but nearly all report intrusive memories, which make it difficult to carry out everyday tasks. Many experience shockingly realistic flashbacks, which deliver them straight to the moment of trauma and elicit the same physical responses of a real-world trauma. Flashbacks may induce heavy breathing, an increased heart rate, and elevated blood pressure. In addition to reliving difficult memories during the day, sufferers may experience them again at night, with recurrent nightmares making it difficult to obtain sufficient sleep.

PTSD sufferers find reminders of their previous trauma in a wide variety of contexts. A loud, unexpected noise could cause a veteran great distress, while a car accident victim may respond poorly to sudden braking or heavy traffic. The potential for these triggers convinces many sufferers to avoid difficult situations at all costs. As a result, victims may suddenly lose interest in activities they once found enjoyable.

In the long-term, PTSD can lead to feelings of hopelessness and despair. Discouraged by intrusive thoughts and general anxiety, victims may struggle to think positively. Others report feeling completely numb to both happy and sad emotions.

Thriving With PTSD
While PTSD can make everyday life a challenge, it should by no means keep sufferers from attending college or tackling other bucket list items. Symptom management is paramount, particularly when making lifestyle changes or tackling other potentially stressful situations. Depending on the patient, this could mean taking prescribed medications, attending individual or group counseling sessions, or meditating on a regular basis.

Over time, victims come to embrace certain silver linings of PTSD, while still working towards more effective symptom management. For example, after suffering PTSD, some people find themselves demonstrating far more compassion towards other individuals with mental health afflictions. Personal struggles may cause those with PTSD to reach out in hopes of alleviating others' suffering.

In addition to prompting newfound compassion, PTSD can lead to greater fortitude. Upon tackling their mental health issues head-on, PTSD sufferers find that they are stronger, more focused, and more motivated than they were prior to their diagnosis. Often referred to as post-traumatic growth, this concept was explored in-depth in a notable North Carolina State University study, in which the majority of participants showed at least moderate signs of post-traumatic growth. Psychology experts believe that those who view catastrophic situations as a difficult, yet integral component of their development are more likely to enjoy lasting recovery.

National PTSD Awareness Day is annually observed on June 27. University of the Cumberlands is proud to provide quality education, at all levels, for future and current psychologists.