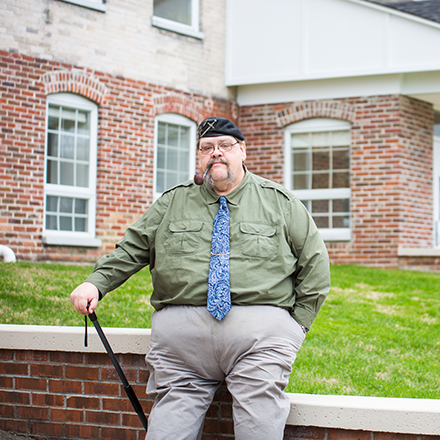 Melvin Charles "Chuck" Smith has been with the University of the Cumberlands since 2005, rising to Full Professor in the process.  He taught at a variety of institutions before arriving at UC, including a year at the United States Military Academy at West Point.  He is a specialist in Modern Military History and teaches a variety of classes in that discipline for the University.  He is as a certified concealed-carry instructor for the state of Kentucky.

Awarded for Valour:  A History of the  Victoria Cross and the Evolution of the British Concept of Heroism.  Palgrave MacMillan, 2008.

“‘You Have to Shoot Somebody.’  A Paradigm Shift in Heroism: The Victoria Cross and the Great War,”  War and Virtual War: The Challenges to Communities Interdisciplinary Symposium, Mansfield College, Oxford University, July 2002.

“‘We Give the Afreedeeman Fits:’ The Tirah Campaign of 1897,” Annual Meeting of the American Historical Association, Washington, D.C., January, 2004.