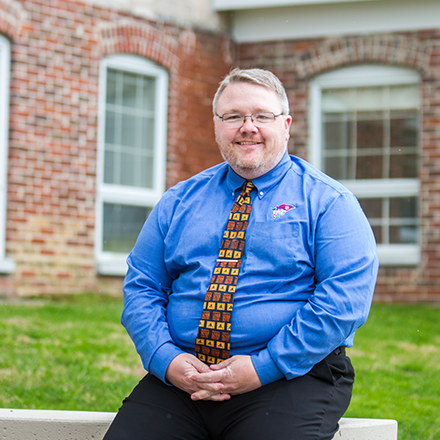 Dr. Aaron N. Coleman is interested in Anglo-American constitutional and ideological development of the 17th and 18th Centuries, especially the era of the American Founding. Dr. Coleman also specializes in contemporary leadership theory and application. He has published two books both dealing with the conception and political debates over federalism. He is currently working on two projects, one a short biography of Thomas Burke and another on the competing languages of Nationalism and State Sovereignty in 18th and 19th Century United States. Dr. Coleman is a die-hard Elvis fan and spends his free time listening to Elvis or reading Lord of the Rings.

"Nationalism or Federalism: A Return to the Webster-Hayne Debate" Law and Liberty, 2019.

“Justice and Moderation: The Reintegration o the American Loyalists as an Episode of Transitional Justice” in Joseph Moore and Rebecca Bannon, eds. The Consequence of Loyalism: Essays in Honor of Robert M. Calhoon (University of South Carolina Press, forthcoming, 2019).

“Fudging the Founding: When Theory is Disguised as History” An Essay Review of Randy Barnett, Our Republican Constitution: Securing the Liberty and Sovereignty of “We the People” for The Imaginative Conservative, published July 19, 2016.