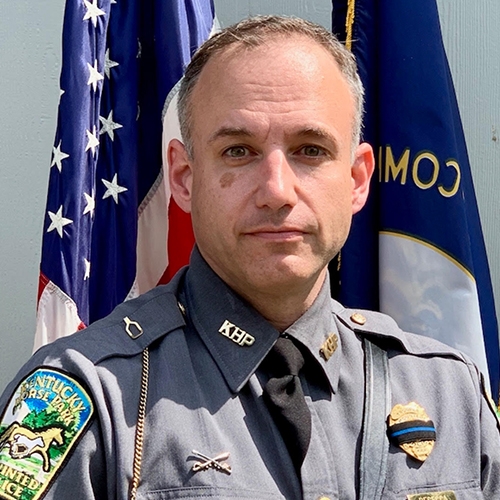 Teaching online has allowed Mr. DeCecca to continue working in the field of Criminal Justice. In 2016 Mr. DeCecca was selected to work Diplomatic Security as a contractor working at the U.S. Embassy in Iraq with his Bomb Dog “Savvy”. When he returned from Iraq he worked as a Special Agent/Investigator for the U.S. DOT working out of the field office in Maine. Due to family medical issues Mr. DeCecca had to return to Kentucky. Once back in Kentucky Mr. DeCecca was offered a job at the Kentucky Horse Park as a Mounted Trooper.  Mr. DeCecca now goes on patrol with his partner Albion.  Albion (aka Big Al) is a Shire measuring at 18 hands and weighs over 1800 pounds.