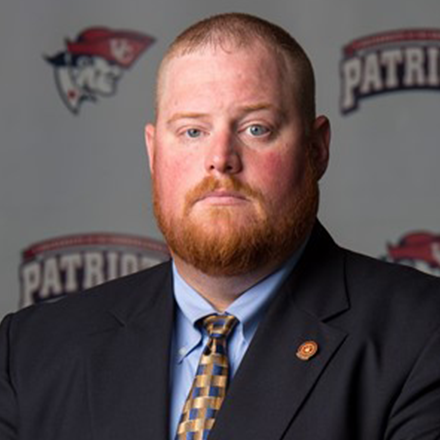 Mr. Kris Strebeck has served UC University of the Cumberlands as the Head Coach for Men and Women's Archery for over seven seasons.

As the inaugural head coach for the Patriots Archery programs, Strebeck has set a high standard thus far in his career.  In the six years of competition thus far for Cumberlands, his teams have garnered eight overall team National Championships (three 3D titles, two Indoor, and three Outdoor) as well as a pair of National Championship Runner-Up finishes and one third-place finish. Kris was also named the 2017-2018 Mid-South Conference Coach of the Year.

Strebeck, a native of Poplarville, Mississippi, graduated from UC (formally known as Cumberland College) in 2003. During his collegiate days, Kris was an active student-athlete as a member of the Patriot Football program. He also was a football athlete at Pearl River Community College before attending Cumberlands.

Coach Strebeck is the husband of Brina Strebeck, a 2002 graduate of Cumberlands, and a Certified Athletic Trainer for UC.  Together, the Strebeck's have one daughter, Braedyn Grace.