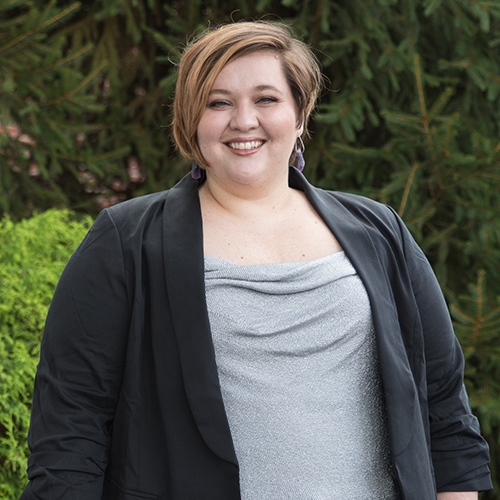 Ms. Balltrip is a native of Harlan, Kentucky. In March of 2018, she made her solo debut at David Geffen Hall in Lincoln Center singing the role of Elizabeth in Angela Rice’s Thy Will Be Done with the National Chorale. Prior to that she produced No Shirt, No Shoes, No Opera for Watershed Arts Alliance, a show which introduces new audiences to the beauty of opera through personal storytelling and humor.
Other operatic roles include: Marguerite (Faust), Rosalinda (Die Fledermaus), Elizabeth (God Bless Us, Every One!), Musetta (La Bohème), Gretel (Hansel and Gretel), Despina (Così fan tutte), Frasquita (Carmen), Dorothée (Cendrillion), First witch (Dido and Aeneas), Genovieffa (Suor Angelica), and Papagena (Die Zauberflöte). She was selected by composer Thomas Pasatieri in 2007 to play Tallulah, the leading lady in his comic opera, The Hotel Casablanca, and in 2009 created the role of Ann Rutledge in the world premiere of River of Time by Joseph Baber, an historical opera about the life of Abraham Lincoln. “Creating Ann gives Balltrip a chance to shine as the total package of the acting singer,” said Rich Copley of the Lexinton Herald-Leader of that performance.

Amanda was a Kentucky District winner of the Metropolitan Opera National Council Auditions in 2008 after she was recognized with the Encouragement Award in 2006, 2007, and 2015. She was also awarded the second place graduate prize in the Alltech Opera Scholarship Competition, which provided her full tuition and a stipend for her master’s degree. She obtained her Bachelor and Master’s degrees in Music Performance from the University of Kentucky under the guidance of Gail Robinson and Dr. Angelique Clay.

Her upcoming engagements include Ein deutsches Requiem with the Lexington Singers, Mabel in Pirates of Penzance with Flashback Theater Co., and an album release of Rice’s Thy Will Be Done on Roven Records, as well as an additional recording project of new songs by Angela Rice on the texts of Emily Dickenson.

Currently residing in Somerset, KY, Amanda is an adjunct faculty member of the University of the Cumberlands and the Kentucky Center’s Governor’s School for the Arts. She also has a private studio of students in Somerset through McNeil Music Center. She proudly serves as President for Watershed Arts Alliance and is committed to making great art and always bringing it back home.