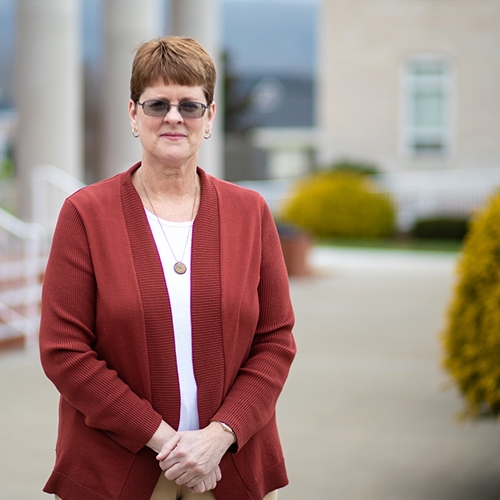 Bachelors of Art, Spanish and Geography, University of Illinois, 1985

Since joining the UC faculty in 2001, Ms. Jennifer Marsh has taught all levels of courses in the Spanish language and Spanish-speaking cultures. In addition to traditional courses in Spanish, she teaches Spanish for Public Service, Hispanic Cuisine, and courses to prepare students to become P-12 Spanish teachers. Ms. Marsh is the advisor for UC’s chapter of the Spanish Honor Society (Sigma Delta Pi) and advises students on study abroad opportunities and scholarships. She helps to organize the department’s annual World Languages Cup (a languages competition for local high school students).  She is the regional representative for the southeast/south central region of Kentucky for the Kentucky World Language Association. Prior to completing her master's degree, Ms. Marsh served in the U.S. Army as an officer in the Military Police Corps. While stationed in Germany, she had the opportunity to learn a bit of German and French and enjoyed traveling throughout Europe. She has studied in Argentina, Mexico, Spain, and Cuba and has traveled to many other countries.  When not on campus, Ms. Marsh enjoys spending time with her three grown children, is an active member of her church, and loves watching movies.

Marsh, J.M. (2017, September). "Recycle to Save the World! (In Other Words: Recycle Material to Save Your World Language Class!)" Presented at the Kentucky World Languages Association conference, Louisville, KY.