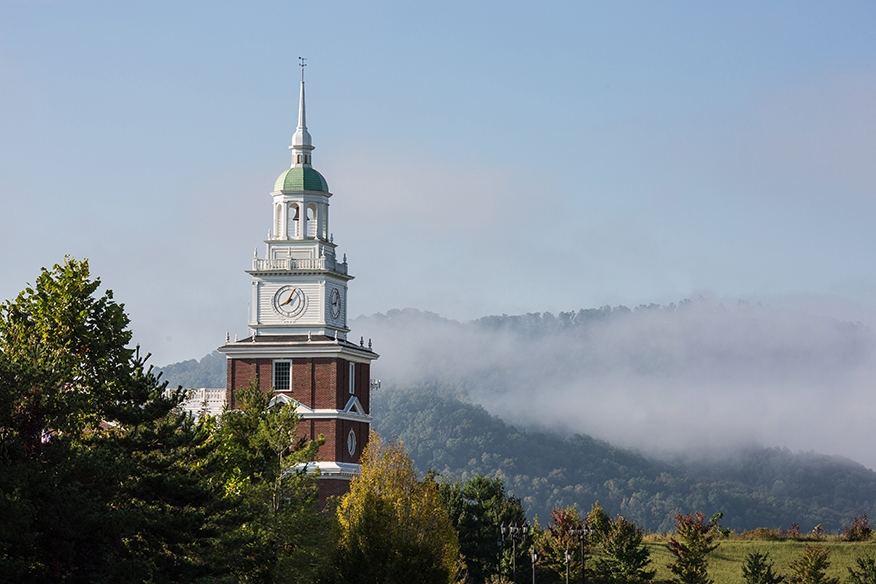 University of the Cumberlands has announced the promotion of several faculty and staff members. The announcement comes as campus prepares to welcome students for the fall semester.

“The faculty and staff at Cumberlands are who continue to give this university its solid academic foundation as a viable institution of higher education,” said Dr. Christopher Leskiw, Vice-President for Academic Affairs. “They are absolutely invaluable. Our goal as members of faculty and staff is to live out the University’s mission by continually improving ourselves so we can positively influence others.”

Cumberlands employs more than 200 full-time faculty, with an average student-to-faculty ratio of 16:1. Eighty percent of UC faculty have earned the highest degree in their field and lead students to success through more than 40 academic programs.

Dr. Leskiw encourages UC faculty to lead within their programs through research, innovative teaching methods and peer-to-peer interaction, encouraging transfer of ideas to strengthen the institution’s academic base. During the 2017/2018 academic year, faculty at UC published books, poetry and scholarly articles; spoke on panels at several national conventions; were featured speakers at national and regional conferences; served in statewide committees; led research in information security, political science and other fields; hosted music and performance clinics and presented study abroad programs with partners overseas, to name a handful of accomplishments.

The following faculty and staff members recently received promotions or were awarded tenure:

Ms. Carrie Byrd – promoted to librarian
Byrd earned her bachelor's degree from Linfield College with a double major in communications and creative writing. She went on to complete her master's degree in life science at the University of North Texas. Byrd is a member of the American Library Association and the Kentucky Library Association, for which she was Chair of the academic section for a year. She joined UC's staff in 2007.

Dr. Ela Molina-Morelock – promoted to professor, awarded tenure
Molina earned her PhD in Hispanic Studies from the University of Kentucky. She also holds a certificate in Pre-Hispanic Studies from Colegio de Jalisco in Guadalajara, Mexico, as well as a certificate in Gender Studies from El Colegio de Mexico. She joined the faculty at UC in August 2008 and has taught all levels of language, as well as content classes in literature, culture and history of the Hispanic world. She is part of several professional organizations and has published four books and various academic articles.

Dr. Susan Rose – awarded tenure
Dr. Rose is currently serving as the Associate Dean for Academic Affairs. She was previously the Dean of the School of Education at UC and served on the School of Education Leadership Team for several years. She has served as NCATE Coordinator of the School of Education; BOE for the professional standards board and NCATE; and Site Supervisor for CAEP. She was also a reviewer for SACS. She is a veteran educator and leader with many years of experience in higher education as well as in P-12 urban and rural settings.  She earned her PhD from the University of Louisville and has numerous credentials, publications, and presentations.

Dr. Ken Sims – awarded tenure
Dr. Sims is an associate professor in UC’s Hutton School of Business. He is a Cumberlands alumnus and began teaching at his alma mater in 1989. He completed his MBA and MIM from Washington University in St. Louis, Missouri. Sims has taught most courses offered in the computing area at UC, as well as accounting and business classes. Outside his work at the University, he co-owns a small print shop in Tennessee, which gives him the opportunity to put some of his academic theories into real-life business practices.

Ms. Jamey Temple – awarded tenure
Ms. Temple is an associate professor in the Department of English. She graduated from UC in 2003 and completed her MFA in creative writing at Spalding University in 2007. She began teaching full-time at Cumberlands in 2008, having worked in the University’s offices of Media Relations and Sports Information previously. She is the managing editor of the student and alumni journal Pensworth, and her prose and poetry have appeared in several publications.

Dr. Jane Whitaker – promoted to associate professor
Dr. Whitaker is an associate professor of psychology. She earned her bachelor’s degree from Acadia University and her Master of Divinity in pastoral care from Southern Theological Seminary. She also finished doctoral studies in philosophy and religion in 2014. Aside from teaching psychology, Whitaker has served Cumberlands as Director of the Leadership and Community Services Program, Director of Mountain Outreach and adjunct faculty in Religion and Philosophy.

The requirements for promotion at UC include evidence of effective teaching and substantial professional growth as well as service for the required number of years. Faculty members seeking promotion are also required to compose a narrative explaining their teaching philosophy. They must also collect letters of recommendation from supporting faculty and students and appear before the Tenure and Promotions Committee for an interview.