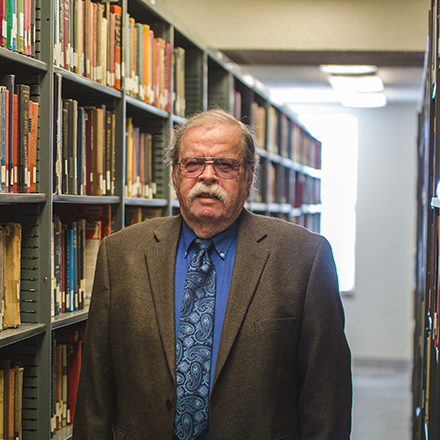 Dr. Tom Frazier, a native of Evarts, Kentucky, has been a member of the University of the Cumberlands faculty for over 40 years.  His doctoral dissertation was on Stephen King’s protagonists.  Prior to joining the UC faculty, Dr. Frazier taught high school English at Walton-Verona High School, Walton, Kentucky, and served as an aircraft technician in the U S air Force, where he worked to keep the plane bringing home Emmett Kay, considered one of the last POWs in Vietnam, flying.  Dr. Frazier has been named to the Evarts High School’s Alumni Hall of Honor, received two James Still Scholarships for Advanced Study at the University of Kentucky, received two doctoral fellowships at Middle Tennessee State University, named Honored Professor at Cumberland College, and received the John Fuqua Award for Excellence in Teaching from the University of the Cumberlands.  In addition to his on-campus teaching, Dr. Frazier has taught in UC’s London Program at Imperial College, London, and in the school’s Ireland Program in Dublin.