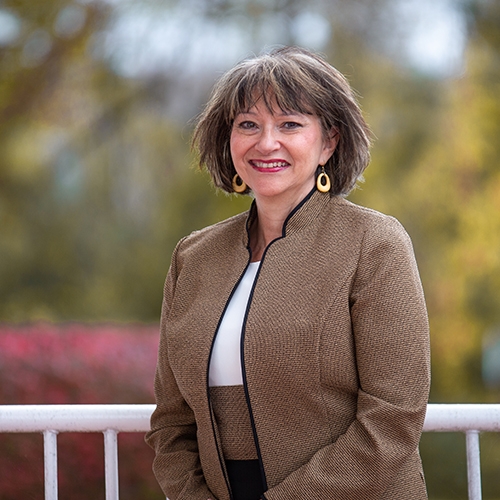 Karen McDonald-Currence Goldman directs the Teacher as Leader Program, a program that grew exponentially becoming one of the largest in the state. Prior to teaching with the University of the Cumberlands, teaching roles included the University of Tennessee for five years in the teacher prep and art education programs. Art Specialist for Knox County Schools and mentor with the Teacher Advancement Program (TAP) serving urban schools where curricular changes led to significant growth. Administrative duties included school principal and professional development classes at the Sarah Simpson Center.

Passion for education led to the pursuit of both School Leadership and the Arts. Cultural Studies, an interdisciplinary field where the role of social institutions in shaping culture, allowed this unique focus. By creating a theory, the Web of Betweeness, the concept of power emitted through creative and imaginative thought was developed and led to the PhD. This new theory added to the many theories of aesthetics.

Current service includes: the Kentucky governor’s Diversity Coalition on Education Committee where a diverse ethnicity is applied. Having Native American links to the Choctaw, Chickasaw, and Cherokee Tribes adds a richer voice. Recent past service was as a National Reviewer for the Coalition for Core Arts Standards (NCCAS), the National Association of Art Education (NAEA) on the state and national levels, the National Teacher Institute in Washington, D.C., and the International Symposium on Education in St. Petersburg, Russia.

Goldman, K. (2015). It works for me flipping your classroom. Series: It Works for Me, Flipping the Classroom: Shared Tips for Effective Teaching by H. Blyth and C. Sweet. Stillwaters, OK: New Forums Press.