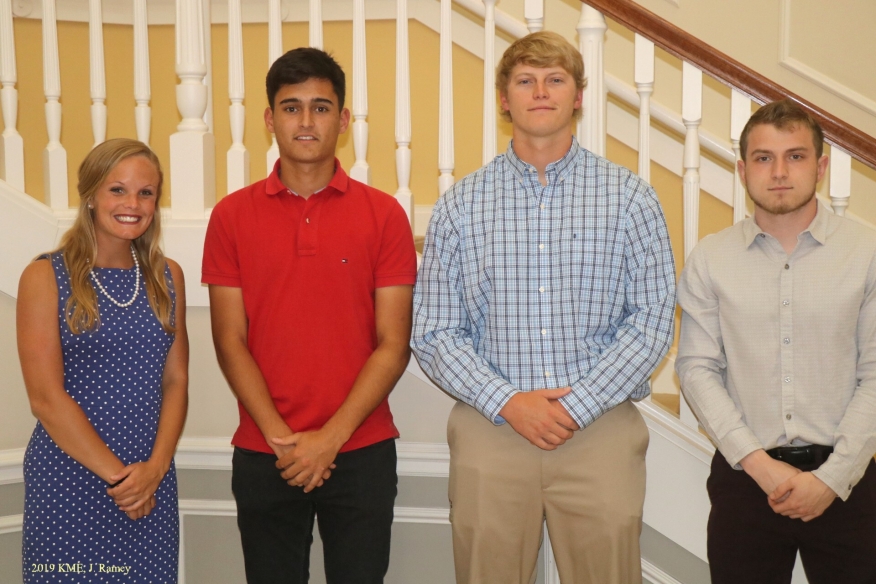 The Kentucky Beta Chapter of Kappa Mu Epsilon, a national mathematics honor society, was founded in 1993 and is only the second such chapter in Kentucky. To be eligible to be a member of Kappa Mu Epsilon, a student must have completed 3 semesters, must be in the top 35% of their college class, must have completed 3 college-level math courses including at least one semester of calculus, and must have an average of B or higher in all math courses.

Lynsey Short (senior; Lexington, KY) was inducted into Sigma Pi Sigma, the national physics honor society. Chapters are restricted to colleges and universities of recognized standing that offer a strong physics major. Students elected to membership must attain high standards of general scholarship and outstanding achievement in physics. Founded in 1921, the Sigma Pi Sigma is an affiliated society of the American Institute of Physics and the American Association for the Advancement of Science. Sigma Pi Sigma is also a member of the Association of College Honor Societies. The Cumberlands Chapter was installed as the 469th chapter in May 1998.